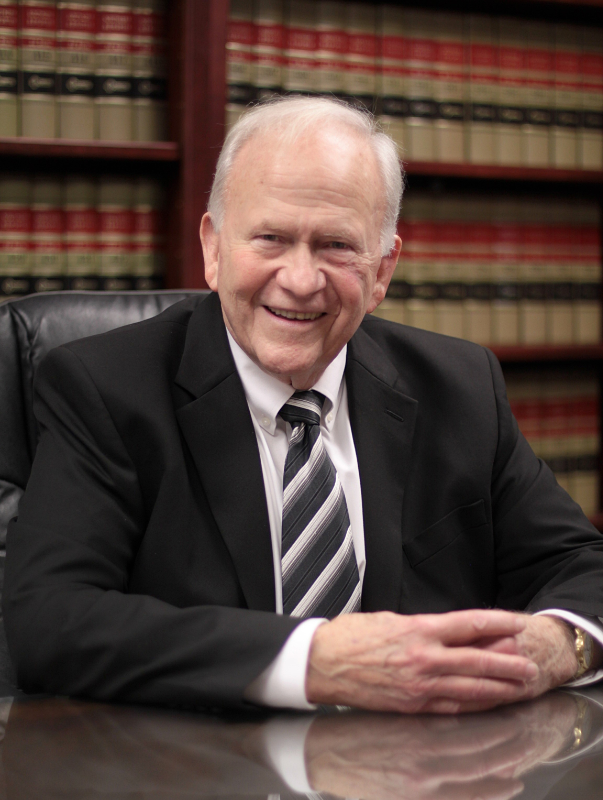 Frank C. “Butch” Ellis, Jr. has almost sixty years of experience in the practice of law.  During his career, he has touched and provided assistance to clients in virtually every area of law from estate planning to family disputes to civil and criminal matters.  He has been Shelby County’s legal counsel for almost sixty years and also serves as City Attorney for the cities of Calera, Harpersville, Helena, Montevallo, Pelham, Westover, and Wilton.  He remains in full-time practice, and concentrates on his county/municipal government work, and associated work with related agencies and entities.

Butch married his high school sweetheart, Diane Bentley, in 1962 and has three grown children, and 6 grandchildren.  He is a licensed pilot, pursues hobbies of horse trail riding, fishing, hunting, hiking, camping, gardening, farming, and traveling.  He also seeks out any wilderness experience and makes time to spend several weeks each year at his remote cabin in the Alaskan wilderness.